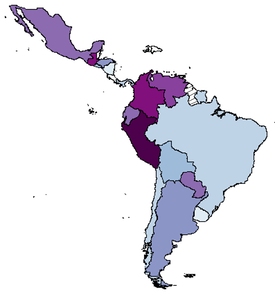 The first half of the book, which is based on my dissertation, focuses on the fixed and circumstantial challenges to compliance. By fixed challenges, I mean the background and institutional conditions of the Court's existence --- the kinds of states that joined and when; institutional rules that dictate what kinds of cases move forward --- that are largely outside of the Court's control. These managerial challenges limit states' capacity to comply in important ways. I then turn to the circumstantial challenges, or those that reflect the current political conditions in which the Court operates. I show that in some of its most consequential rulings, the Court functions as an anti-majoritarian institution, ordering remedies for human rights violations that citizens do not necessarily want. In particular, I show that in cases implicating the military, the domestic leader's probability of compliance varies depending on public attitudes toward the military, as well as the extent to which those opinions need be taken into account.

The second half of the book focuses on the Court's aspirational role as creator of new norms in three areas. First, the Inter-American Court has advanced jurisprudence on restitutio in integrum for human rights violations, or what it truly means to make a victim of a human rights violation whole. Second, the Court has adopted expansive rules on state responsibility that allow for attribution of crimes that began prior to the state's acceptance of the Court's jurisdiction and, in some cases, for crimes that were actually committed by non-state actors. Finally, the Court's opposition to amnesty laws has prompted a variety of domestic responses, including at least one instance in which a state overturned its amnesty law on the basis of the Court's ruling against an entirely different state (which, coincidently, has yet to overturn its own law). This illustrates how even in instances of non-compliance, the Court's rulings may still effect change.